In this install note, I will discuss how to compile and install from source a GPU accelerated instance of tensorflow in Ubuntu 18.04. Tensorflow is a deep-learning framework developed by Google. It has become an industry standard tool for both deep-learning research and production grade application development.

Before starting the actual process of compiling and installing tensorflow, it is always good to update the already installed packages.

Next step is to check for Nvidia CUDA support. This is done using a package called pciutils.

In this particular example deployment, the GPU that we will be using is: Nvidia Tesla P4. The output from the console should look something similar below:

This helps us understand whether the GPU attached to the linux instance is properly visible to the system.

Now, we need to verify the linux version support. Run the following command in the terminal:

The output from the console will look something similar below:

First step to compile an optimized tensorflow installer is to fulfill all the installation dependencies. They are:

In addition to the packages above, we will also need to install linux kernel header.

The header files define an interface: they specify how the functions in the source file are defined. These file are required for a compiler to check if the usage of a function is correct as the function signature (return value and parameters) is present in the header file. For this task the actual implementation of the function is not necessary. Any user could do the same with the complete kernel sources but that process will install a lot of unnecessary files.

Example: if a user wants to use the function in a program:

the program does not need to know how the implementation of foo is, It just needs to know that it accepts a single param (double) and returns an integer.

To fulfill these dependencies, run the following commands in the terminal. Before, we install CUDA, we need to remove all the existing Nvidia drivers that come pre-installed in Ubuntu 18.04 distribution.

Once this step is done, the system needs to reboot.

After the system has been rebooted, let us verify if the Nvidia drivers and CUDA 9.2 are installed properly:

The console output will be something similar below:

This is the next component of CUDA that is needed to for installing GPU accelerated tensorflow. Eventhough CuDNN is part of CUDA, the installation of CUDA alone, doesn’t install CuDNN. To install CuDNN, first we need an account with the Nvidia’s developer website. Once signed in, download the CuDNN installer from: https://developer.nvidia.com/cudnn

In this example it will look something similar below:

Installation steps for CuDNN is very straightforward. Just uncompress the tarball file and copy the necessary CuDNN files to the correct locations.

Developers of deep learning frameworks and HPC applications can rely on NCCL’s highly optimized, MPI compatible and topology aware routines, to take full advantage of all available GPUs within and across multiple nodes. This allows them to focus on developing new algorithms and software capabilities, rather than performance tuning low-level communication collectives.

This process will look something similar to the example below:

Similar to CuDNN installation, the steps for NCCL installation are similar. Uncompress the tarball file, copy all the files to the correct directories and then update the configuration. Follow the step below to install NCCL:

One last step, before we start compiling tensorflow is to install the CUDA profiling tool: CUPTI. Nvidia CUDA Profiling Tools Interface (CUPTI) provides performance analysis tools with detailed information about how applications are using the GPUs in a system.

CUPTI provides two simple yet powerful mechanisms that allow performance analysis tools such as the NVIDIA Visual Profiler, TAU and Vampir Trace to understand the inner workings of an application and deliver valuable insights to developers.
The first mechanism is a callback API that allows tools to inject analysis code into the entry and exit point of each CUDA C Runtime (CUDART) and CUDA Driver API function.

Using this callback API, tools can monitor an application’s interactions with the CUDA Runtime and driver. The second mechanism allows performance analysis tools to query and configure hardware event counters designed into the GPU and software event counters in the CUDA driver. These event counters record activity such as instruction counts, memory transactions, cache hits/misses, divergent branches, and more.

Run the following commands on the terminal to install CUPTI:

These dependencies can be fulfilled by running the following commands in the terminal.

We also need to install the dependencies for the build tool Tensorflow uses: Bazel.

The dependencies for Bazel can be fulfilled by running the commands below in linux terminal.

Bazel is a scalable and highly extensible build tool created by Google that promises to speed up the builds and tests, that is created for multiple languages. It only rebuilds what is necessary. With advanced local and distributed caching, optimized dependency analysis and parallel execution, Bazel achieves fast and incremental builds.

Bazel can be used to build and test Java, C++, Android, iOS, Go and a wide variety of other language platforms. Bazel is officially supported for Linux. The promise of Bazel as a build tool is that it helps you scale your organization, code base and Continuous Integration system. It handles code bases of any size, in multiple repositories or a huge mono-repo.

Using Bazel, it is easy to add support for new languages and platforms with Bazel’s familiar extension language. The growing Bazel community has written Share and re-use language rules. Google has incorporated Bazel as the build tool for Tensorflow due to their belief that it is a better fit for the project than built-in tools in linux such as cmake. The inclusion of Bazel as the build tool adds one extra step of complexity to how GPU optimized Tensorflow is deployed in linux, from source.

To keep things neat and tidy, we will use the latest Bazel binary from GitHub, set the correct permissions to run the file as an executable in linux, run the file and update the configuration files. To install Bazel using these steps, run the following commands in the linux terminal.

One of the key advantages of compiling from source is that, one can leverage all the latest features and updates released directly on GitHub. Typically the updated installer can take a few hours or days to show in the usual distribution channels. Therefore, in this example, we will build the latest Tensorflow version, by directly getting the source files from GitHub.

To fetch the latest source files from GitHub and configure the build process, run the following commands in the terminal.

Here is an example configuration.

Since, we are targeting Tensorflow build process for Python 3, this is two step process.

Once the build process is completed, to create the wheel installer using Bazel and then run the installer file, run the following commands in the terminal.

Create the pip-wheel file and install the file

Keras  is a high-level neural networks API, written in Python and capable of running on top of TensorFlow, CNTK, or Theano. I am a huge fan of Keras API due to its seamless integration with Tensorflow. It also allows application developers to implement one of the foundational concepts of software engineering: Don’t Repeat Yourself(DRY), when it comes to building and testing deep-learning applications. Keras  APIs also help build scalable, maintainable and readable code base for deep-learning applications.

To install Keras from source and test this installation, run the following commands in the linux terminal.

This is a long install note. Compared to my install note from last year, on the same topic, the steps involved has increased dramatically. Most of it is due to the added features incorporated in Tensorflow, such as its ability to create and process distributed compute graphs. As a concluding note, as part of our mission to empower developers of deep-learning and AI, at Moad Computer, we have a cloud environment: Jomiraki and a server platform: Ada. Both of them leverages Nvidia CUDA accelerated Tensorflow to achieve faster deep-learning application performance. We have also released a Raspberry Pi deep-learning module, but instead of CUDA acceleration, uses a slightly different technology called the Intel Neural Compute Stick. Check out all of these cool tools in our store.

If you have any questions or comments, feel free to post them below or reach out to our support team at Moad Computer: info@moad.computer 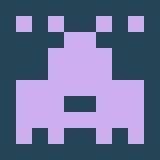